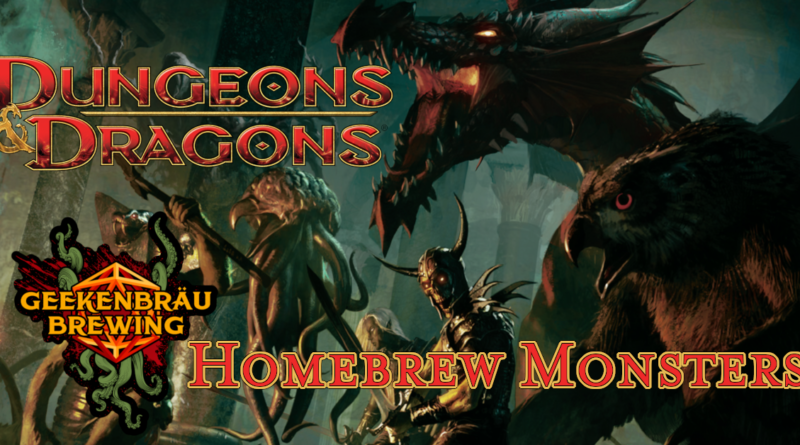 Were you aware that the original 1932 The Mummy film starring Boris Karloff doesn’t even feature an abomination in funeral wraps? It’s true, look it up. 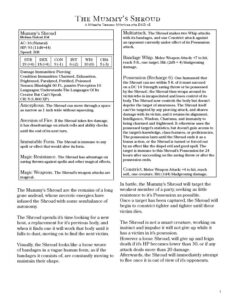 So, the purpose of the Mummy’s Shroud is simple, I had a plan to build a creature that existed to steal a character, good eh?

The mechanism of this was through the bandages of a Mummy wrapping around their target and killing them.
When playing this, it is possible to have the Shroud unable to keep perfect humanoid form, with the bandages constantly moving as a narrative for why piercing attacks go straight through.

The Mummy’s Shroud isn’t a smart monster, but it does have a survival instinct so don’t force the fight until it’s dead, in fact it may be worth not mentioning the piercing immunity if that is used by your party as you can have the Shroud go down in such an attack and then when the party isn’t paying attention any more, the Shroud can make its escape.

As an additional note, this sheet is uploaded in black and white as it is a much lower filesize, if you guys prefer a colourful fancy sheet let me know and I will work on a better system, until then I will begin to save graphics for what I consider a final release.