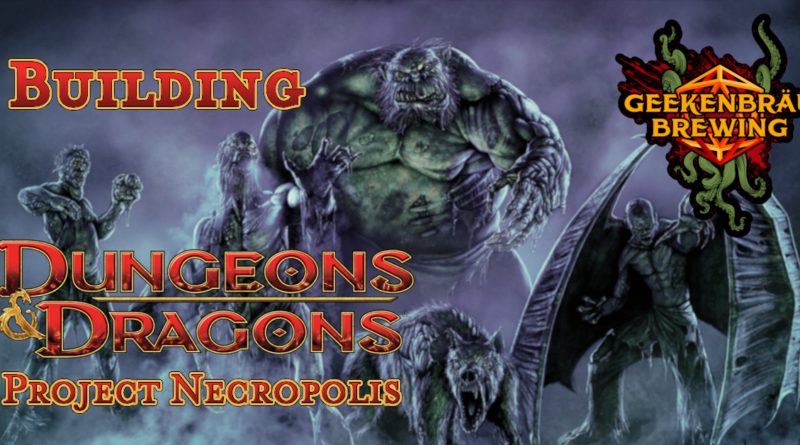 So, laying in bed last night as sleep eluded me, I got a little inspired for an adventure.
I figured I would make notes here and if that’s what it takes to finish the idea and get it on to paper, then I am in.
If you are a player and do not intend to run, maybe best to ignore these posts.

The working title of Necropolis, “City of the Dead” should give you an idea of what I am thinking. So lets build the world.
Necropolis is the ruin of an ancient city, with great walls designed with one purpose and one purpose only, to contain the dead.
For untold generations, a curse has afflicted the land, one might call it a “Death Curse” but in truth it is the curse of life, for death does not come for those who live.
On death, the living are forced back in to life as if the very concept of Death has been angered, as if the Grim Reaper has no desire to sully his hands any more.

But you do not come back whole, for every death you lose something about yourself, you lose a memory that is core to who you are.
There is only so much of yourself that you can lose before you are gone, and when every core memory has faded you become a husk, angry and empty.
The dead are a risk to the living.

And thus the Necropolis was built, or maybe it is more accurate to say the Necropolis was selected, a city that had already been lost to the dead centuries previously.
It was the simplest choice, a city that was already overrun could be walled up and forgotten without any real care or attention.
But life is never ending, and the dead keep coming, and so beyond the wall civilisation came to be, with industries growing to dispose of those who were lost.

And so was born the City of the Dead, within a City of the Living, but as with all life nothing is ever simple.
Criminal enterprise has flourished deep within the walls of the Necropolis, finding secret ways within an area devoid of life.
Ancient dead, who by all means should be little more than skeletons, have begun showing themselves within the city, showing signs of intelligence.
Rumours have surfaced that deep within the City, guarded by the dead, is the key to true death.

That’s the concept so far, so lets expand.
Firstly the mechanics of death, especially when it comes to playing:-
In character creation, players write 5 “core memories” that affect who they are, and through gameplay they should expect to die, on death they lose one of those memories and when they are all gone? 24 hours later the character is lost and the character sheet turned in.
The world at large knows that their loved ones are going to rise again, it is common knowledge that a buried body will rise again and claw its way out of the ground.
The rich will spend money having their loved ones completely destroyed, whether the body is ground to dust, or burned to nothing, but the majority of people cannot afford it, and many people do not wish it in case the soul remains trapped in dust.

Locations? That’s a thing right?
The outer City, currently unnamed, but your standard city fare with inns, taverns, stores, and trade, the new City is growing and thriving.

The Necropolis proper, an ancient city that is rotting through and falling apart, featuring buildings in rubble, streets that have sunk underground, and a grand Cathederal.

The Under City.. which has yet to really formulate in my thinking.
-30-

This is the basic idea for the adventure, our next post will start building on the Outer City, maybe even get it a name, build a couple of locations and NPC’s and maybe a couple of adventure hooks to kick us off.